Bettie Page Reveals All - The Movie - In Theaters NOW! 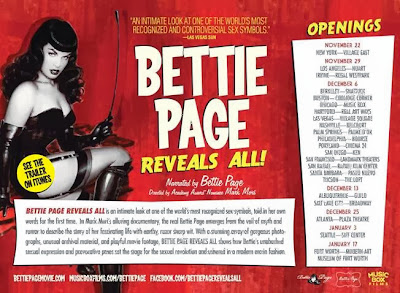 OPENING in NYC 11/22
at the
Village East Theater

From 'Bettie Page Reveals All' (Photo: Music Box Films)
Her look is universally known while she herself remains an enigma.
When someone says "Bettie Page" nowadays they're more-often-than-not referring to a woman's fashion statement built around jet black hair with blunt bangs and fire engine red lipstick.
Who the woman behind the look was, however, is a question that's been shrouded in mystery for decades. "It's sort of confusing whether she was a real person or not," says contemporary pinup icon, Dita Von Teese, herself a notable proponent of the Page style.
Rockabilly ladies were rocking the look, and before Von Teese was even born, Bettie Page — the woman — was an infamous pinup model. The infamous pinup model.
Yahoo Movies debuts the new trailer for the biographical documentary "Bettie Page Reveals All." which includes the voice of the late sex icon herself — no small feat as Page, who died in 2008 at the age of 85, spent most of her life hiding from the spotlight.
Watch Exclusive Trailer for 'Bettie Page Reveals All':


"They claim that I opened up the sexual revolution," an elderly-sounding Page says in the trailer, an obvious use of archival footage. "I was just doing my job and enjoyed every bit of it."
Bettie Mae Page (yup, she was born with that name) came from a troubled home and spent a brief amount of time in an orphanage. It didn't stop her from dreaming of becoming a movie star, mimicking her favorite screen sirens by experimenting with makeup and sewing her own designs.
Page was the originator and creator of her distinctive image when she started out in the early '50s, posing both clothed and nude. But by 1958, at the height of her fame, no one seemed to know what happened to her.
"It had built up so much that my mind snapped," Page says of her disappearance.

(Photo: Music Box Films)
Page's rise to fame directly coincided with the conservative McCarthy era. Her image was too racy for the times. And it didn't help that a police drug raid turned up a stockpile of bondage images, many in which Page appeared. She reportedly cooperated with an FBI probe, telling agents she "had never heard of that type of photography being made in Harlem."At one point, the trailer alludes to a court case in which Page was embroiled over her sexy pinup images, and a judge calling for the photographers to destroy the negatives of her photos. Page casually notes in the doc her appeal among males: "For some reason, men like to see girls spankin' the other one."
But when it came to getting rid of her photos, she wouldn't do it. "I'm not indecent, I will not plead guilty to it! You’ll have to charge me with disturbing the peace, too!" Page has been quoted as saying.
The model found herself drawn to Christianity, quit her profession, and eventually wound up attending three bible colleges.
While she reinvented herself behind the scenes, Page's pinup image endured. "The whole Bettie Page phenomenon developed while she was simply off the scene," Hugh Hefner observes in the trailer.
Long after Page posed for photographers, her image endures. And while she titillated men in the '50s, her fan base is just a strong, if not stronger among women who emulate her look.
"Bettie Page Reveals All" opens in select theaters on November 22 in New York, on November 29 in Los Angeles, and more cities thereafter.

Come Get Your Bump & Grind On At The Inaugural Caribbean Burlesque Festival, September 21-28, 2013

Olivia Art - How and were to get it!! 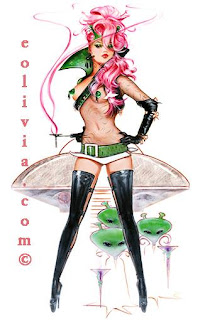 https://www.facebook.com/DeborahVanValkenburghOfficial
Email ThisBlogThis!Share to TwitterShare to FacebookShare to Pinterest

DITA BRINGS GLAMOUR TO HSN WITH HER FRAGRANCE AND INTIMATES COLLECTIONS TUNE INTO HSN ON APRIL 23rd TO SEE DITA ON-AIR! 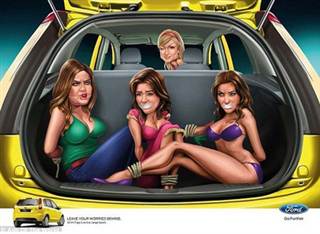 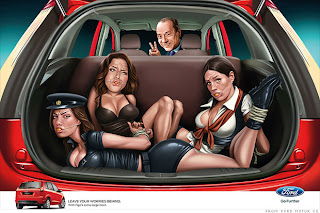 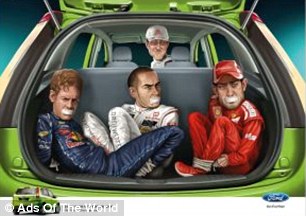