SAN FRANCISCO (Reuters) - Shera Bechard, the Canadian-born former girlfriend of Playboy Enterprises founder Hugh Hefner, would not be an obvious candidate for the special visas that the U.S. government reserves for "individuals with extraordinary ability."
Playboy magazine named Bechard Miss November in 2010, and she also started an online photo-sharing craze called "Frisky Friday." Neither seems quite on the level of an "internationally recognized award, such as a Nobel Prize," which the government cites as a possible qualification.
But Los Angeles immigration lawyer Chris Wright argued that Bechard's accomplishments earned her a slot. The government ultimately agreed.
That kind of success has put Wright on the map as the go-to visa fixer for both Hollywood and Silicon Valley. It also highlights the use of so-called genius visas known as O-1s and EB-1s, which have largely escaped political controversy and are now the immigration solution of choice for many entrepreneurs.
[Related: 102-year-old man becomes U.S. citizen]
As many immigration lawyers see it, the paucity of immigration options for the most entrepreneurial foreigners mean they must use any avenue they can. This approach, along with seeming flexibility in Washington on what constitutes "extraordinary ability," means the O-1 is gaining traction in technology circles. Wider use could ultimately land it in political trouble.
For example, the H-1B visa, which allows employers to hire foreigners temporarily in certain specialized fields like technology, has drawn accusations from union groups and others that companies use it to bring in lower-skilled labor.
The O-1 visa allows individuals of "extraordinary ability" to come to the United States for up to three years, and can be extended. British journalist Piers Morgan used one when he replaced Larry King on his late-night TV show, Wright said.
The EB-1 is similar, but leads to a green card and permanent residency rather than a temporary stay, with "extraordinary ability" being one of the ways to qualify - along with being an outstanding professor or researcher, or a multinational executive.
[Related: Ariz. implements immigration law as feds push back]
Foreign entrepreneurs have another option - the Immigrant Investor Program, or EB-5 visa - but it requires a capital investment of at least $500,000 and the creation of at least 10 full-time jobs for U.S. workers.
By contrast, no proof of personal wealth or investment in the United States is required for the O-1 or the EB-1.
There is also no cap on the number of O-1s that the government can award each year; about 12,280 were approved in 2011, U.S. Citizenship and Immigration Services said, up from 9,478 in 2006. It issued about 25,000 EB-1s last year, below their cap of 40,000.
The H-1B is much more popular. Applications hit their annual cap of 85,000 earlier this month.
FALLBACK POSITION
While high-profile artists and entertainers have long used the O-1s, they are now becoming a fallback for businessmen and technologists who cannot get H1-Bs.
Josh Buckley, a 20-year-old British-born entrepreneur and a client of Wright's, is among the new crop of Internet entrepreneurs to win an O-1 visa. He applied after starting a few small companies, including one he sold at age 15 for a sum reaching the low six figures, he says.
He got his O-1 last year after lining up letters of recommendation from luminaries including Netscape co-founder and venture capitalist Marc Andreessen and Apple Inc co-founder Steve Wozniak.
Buckley, whose MinoMonsters gaming company is backed by Andreessen, saw little choice other than the O-1. The H-1B was off limits because it usually does not go to people who work for themselves. The O-1, unlike most H-1Bs, also does not require a college education--a key feature for the ever-younger entrepreneurs flocking to Silicon Valley.
[Related: Six things to know about U.S. immigration]
Except when it comes to the O-1, visa officials "just don't understand the concept of someone being skilled without 12 years of experience or a bachelor's degree," says John Collison, a 22-year-old Irishman. He dropped out of Harvard University to work on Stripe, the payments company he co-founded with his brother, Patrick.
Like Buckley, he met Wright through the prestigious Silicon Valley start-up incubator known as Y Combinator. He won his O-1 in December 2010 and now has permanent residency status-- as does Buckley.
Wright, himself a South African immigrant, dismisses the notion that some of his clients might not rise to the level of "extraordinary ability."
"There's nothing in those regulations that requires you to be a genius," he says. "It's quite condescending to say, ‘Oh, the idiot Playboy Playmates, they don't qualify.'"
At the end of 2010, Bechard posted the first "Frisky Friday" photo on the Twitter microblogging service. Now young women all over the world tweet scantily-clad pictures of themselves on Fridays, with Playboy selecting a weekly winner.

Immigration officials "want to give (a visa) to someone who shows business skills," Bechard says. She also threw in such qualifications as her role as a mute Russian in a 2009 movie, "Sweet Karma," which won her a best actress award at the cult Fantastic Film Festival in Austin, Texas.
QUALIFICATION QUESTION
Many of Wright's young technology clients have had limited time to show they have "risen to the very top of the field of endeavor," as O-1 regulations state.
But quality rather than longevity is the key, Wright says. USCIS rules require extraordinary ability -- demonstrated by "sustained national or international acclaim" -- that he says his clients can prove with awards and testaments from leading players in their field.

The visas are "a lot of work," he said. "You can't just crank them out at high volume."
Asked about how it decides to grant O-1s, a U.S. Citizenship and Immigration Service spokeswoman said: "USCIS decides each benefit request on a case-by-case basis relying on the law and evidence provided for that case. There are a variety of factors that influence the number of visa applications received and approved from year to year."

Wright says he hopes that one day, immigration reform will make it easier for talented immigrants, especially entrepreneurs, to come to this country. That is a widespread goal in Silicon Valley, where immigrant entrepreneurs have helped start many leading companies. Google Inc co-founder Sergey Brin, for example, came to the United States from the Soviet Union when he was a child.
The immigrant entrepreneurs say that far from taking away jobs, they are creating them by founding companies that may go on to employ hundreds or even thousands of people.
They have managed to find allies even among the harshest critics of H-1Bs.
"The O-1 is one of the few visas we support," said Kim Berry, a spokesman for the Programmers Guild, which favors the suspension of the H-1B program. "When they need to bring in the best and the brightest and the entrepreneurs, that's the only visa that helps America."
Indeed, efforts to make it easier for educated and enterprising foreigners to stay in the United States generally enjoy bi-partisan support in Washington. The complicated status of the immigration issue as a whole, though, has blocked any changes.
"The issue is pretty well understood," said Steve Case, the founder of AOL and now head of the venture capital firm Revolution LLC. "But there is this skepticism around the politics of immigration."
Thus the O-1 will probably remain a key channel for many immigrant entrepreneurs - and it does carry some additional side benefits.
British-born Scott Allison, co-founder of a software company called Teamly, was returning to the United States earlier this month and enjoyed a rare welcome from customs officials after they caught a glimpse of his new O-1 visa.
"'Wow, you must be really awesome,'" he recalls one commenting before waving him through. "I'm like, 'Gee, thanks.'" 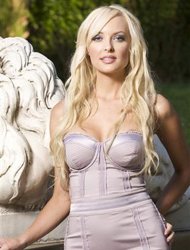